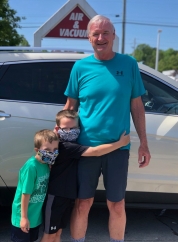 Our daughter drove our grandsons 1/2 way to Myrtle Beach. Bill drove up to get them. Happy reunion!

I’m behind in blogging – I’ve recently written about 10 posts – in my head since my last post! But alas, as with everyone, the Pandemic has thrown our lives off kilter.  Humm, according to Merriam Webster, that means not in perfect balance. Maybe I need a stronger word to describe not only our lives, but I am sure nearly everyone can identify with this since the pandemic: our lives are upside down!!!!

As with all families with young children, the pandemic turned first turned their lives upside down when schools and daycares closed in March. Both parents were considered “essential” so they were able to continue to work – which was good in one sense. But then that meant they had to find someone to take care of both boys and “continue” their education.

Since Bill was recovering from the surgery he had on March 20, we could not step in to help them out. But we decided as soon as he felt he could, we would bring the boys back up to Myrtle Beach. In the meantime, they were “sheltered in” with a babysitter/tutor to keep the boys home and working on “school.” Colin had “virtual” classes in reading and math so that was good. But for a 4 year old? He was struggling with learning the alphabet. Thankfully, we learned on August 6, 2020 he needs reading glasses to help his focus! But more on that later.

Bill was healing quicker than expected so we were about to send for them when I tore the meniscus in my left knee. Uh oh! So after six weeks with the babysitter, we finally brought them to Myrtle Beach. They loved their summer here last year so it was “natural” for them to come a week earlier than originally planned had it not been for the pandemic.

While most activities were closed, we at least had the beach as a place to go and go we went! After all, we moved to Myrtle Beach for the beach – and our grandsons love it as much as we do! But then, the rainy season began – so the beach was out for many days. We had gone to Fun Warehouse last year so we tried it again – and it opened just in time. We discovered they had a GREAT summer pass, with unlimited use on the skating rink, go karts, bounce house and laser tag room. Colin was just able to drive a go kart himself – and did he ever love it. And both boys became determined to learn how to skate – which they did!!! The bounce house is always a favorite but laser tag became a favorite for Bryce, our younger. While driving the go-carts were Colin’s favorite. What a great place to spend rainy days. While a huge part of it is “open air” we felt safe with their cleaning standards. Here are a few pictures in a slide show of various activities during the pandemic:

Another great summer activity – but only in dry weather was the mountain bike skills park. We only made it there once, but no problem for Bryce to master it after he saw Colin successfully go around it.

If we got out early enough on days that we knew would not be good beach days, we also enjoyed Savannah Playground. It finally opened on June 1. We had a few great times there, but the weather became too hot. And those were about the only activities we could enjoy. Compared to good friends back up in Virginia, it was so much more than what is opened there. It’s so hard on children to not be able to play and enjoy summer activities.

The worst thing for us was our neighborhood swimming pool not opening. We have a fabulous amenity center, gymnasium, tennis, bocce and pickle ball courts. But the swimming pool was the biggest hit last summer. Eventually, the outdoor courts opened and the swimming pool with one horrible stipulation – aside from having to sign up for an hour or so a day, it was only open for residents. No guests. Which meant no grandchildren! And so many of us have grandchildren that come to visit. We heard a YMCA indoor pool was open and they had swimming lessons. Well, sign us up!

So on July 6, we were blessed for them to start two weeks of swimming lessons. The boys loved it and both were committed to really learning how to swim properly. Our summer was starting to beat to a new rhythm –  we were going to survive this pandemic yet!

And then on July 7, after our second great day of lessons, off we went to Fun Warehouse. Another rainy day. And then it happened. A grandparents worst nightmare for their grandchild, who is in their care, to get seriously injured. But Colin was a champ. He was only whimpering but the elbow was starting to swell. And I could see a bone fragment sticking out on the underside. Ugh…. 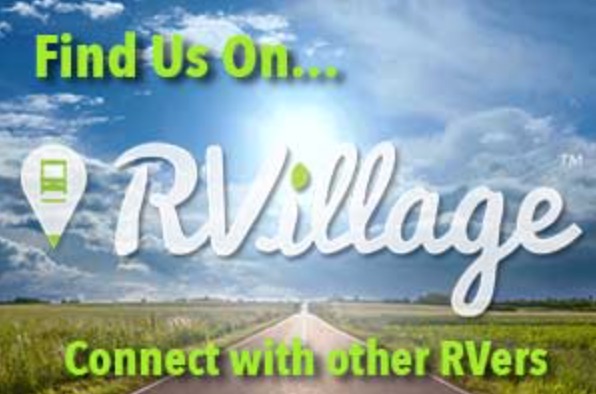